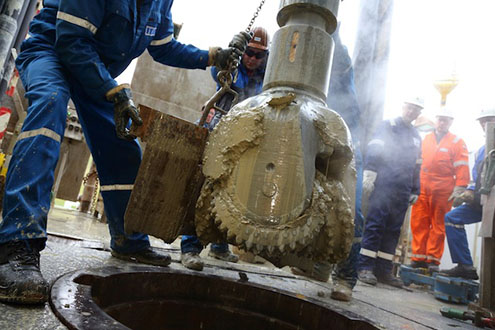 A plan in eastern Switzerland to supply geothermal electricity from underground heat has been axed. The city of St Gallen said there was not enough hot water to continue a project to build a power station using the renewable energy resource.

Officials on Wednesday said the risks of further, small-scale earthquakes and financial issues had contributed to the decision.

Drilling work at the site outside St Gallen has been on hold since July 2013 when a tremor, measuring 3.5 on the Richter scale shook the earth. The borehole was later sealed.

The authorities are however considering drilling for possible gas supplies in the region.

Voters in 2010 gave the green light for the geothermal project, including the extension of a grid for community heating to the tune of CHF160 million ($180 million). The federal authorities also paid CHF19 million.

A similar geothermal project was called off in the northern city of Basel in 2009 following a series of earthquakes.

The Federal Energy Office said last year that the potential for geothermal electricity production in Switzerland was very high, but it warned of uncertainties due to costs and the feasibility of getting such projects off the ground.