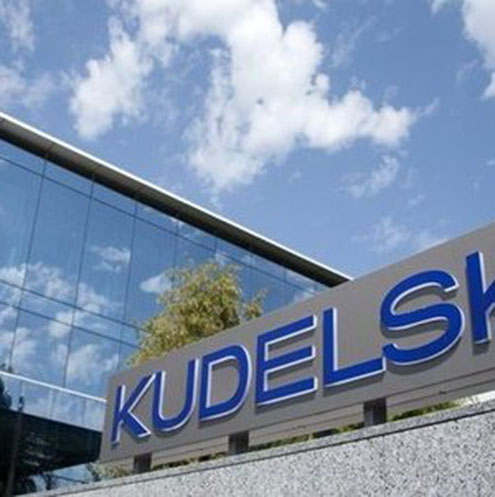 Technology group Kudelski has said that its OpenTV and Nagravision subsidiaries have filed a lawsuit against Apple Inc in a court in northern California, alleging the iPhone maker has infringed five United States patents.
The lawsuit identifies iOS mobile devices, Apple TV, App Store, iTunes, iADS, Safari and OS X-based personal computers as infringing the patents owned by OpenTV and Nagravision, the company said in a statement released on Wednesday evening.

Kudelski – based in Cheseaux-sur-Lausanne in the French-speaking part of Switzerland – did not give further details about the patent suit. Its founder, the late Stefan Kudelski, invented the Nagra – the first portable professional sound recorder. The Nagra audio unit has since been spun off. Polish-born Kudelski died in 2013 and the company is now run by his son, André.

California-based OpenTV provides software technology for interactive and digital television, including video-on-demand and advanced programme guides, while Nagravision develops security technologies for digital media.
Kudelski describes itself as a “world leader in digital security” and holds more than 4,000 issued and pending patents worldwide.

It is not the first time that the Swiss company has used legal means to defend its patents. In February 2014 it resolved litigation and signed a multi-year cross-licence patent agreement with Cisco Systems.